Zoe and Francois- Xavier's wedding on the day of holy love

28 year old Zoé Layous Dit Chicoy (coolest name ever!) married her prince, Francois- Xavier on the Ile de Re, an incredible island near to La Rochelle on the West coast of France. The location was a natural choice for the couple, Zoe spent her time growing up on the island. They wanted an ocean view in typical relais style with a bohemian, rustic vibe and that is exactly what they got (see vid above!)

The couple met in 2012 at Business school in the South of France. Introduced by a friend in common who later become one of the couple's witnesses to their marriage.

On their engagement, Zoe said "Francois-Xavier proposed to me exactly one year before the date of our wedding (August 9, 2018 - the funny thing is that August 9 is the day of holy love, that's not why he planned that day but I think it's a funny coincidence). We were on the island of Oléron (which is another island close to the island of Ré) where his family has a house. He organized an incredible surprise by renting a sailboat and we went from Oléron to Ré to make the link between our two stories, our families and our lives... The crossing lasted 6 hours of pure happiness, we had champagne, the weather was beautiful, it was so romantic!". Ahhhhhhhhhhhh! 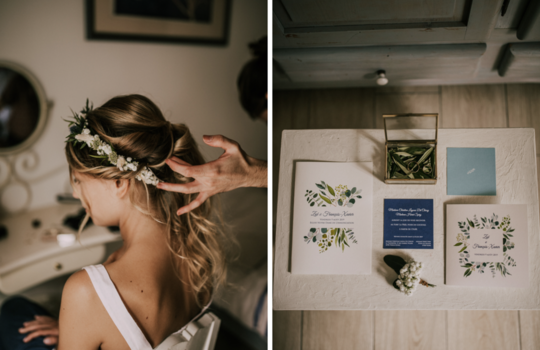 Zoe and Francois-Xavier wanted to add a personal touch to their celebration. From the seating plan - a fishing net with pictures of all the beaches to all over the world, the mass booklets, the pennants in their wedding colours - all these beautiful decor elements added a special symbolic touch to their day. Francois Xavier even had a surfboard at the reception since he's a lover of the surf! 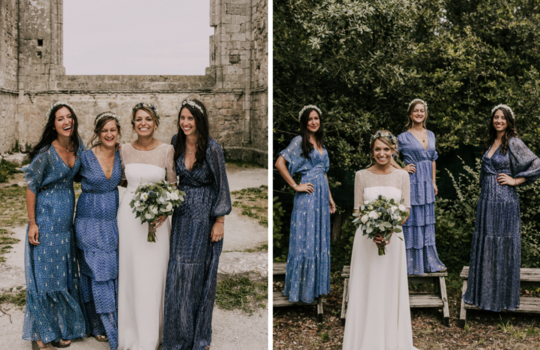 We cannot get enough of this Tribe! Zoe told us this part was complicated...In the end they decided that the best man would wear water green and Zoe's bridesmaids would wear a dark blue. The girls didn't want to all wear the same style of dress so they picked these and the result was pretty amazing! 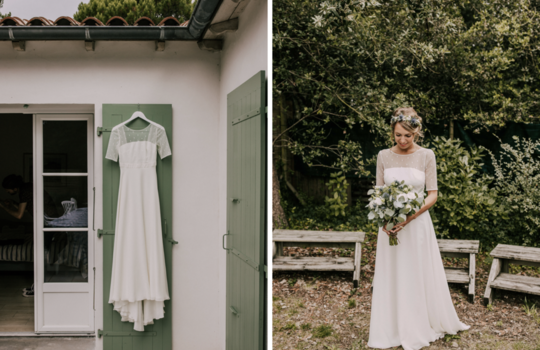 Zoe went for an incredible custom Donatelle Godart gown make from silk and a lightweight cotton. Zoe found The One after 3 sessions. Zoe said she knew it was the one as it made her feel feminine, beautiful and sexy. Plus Zoe said "my sister started crying and I just knew right there!"

Donatelle Godart is a Parisian designer that taps into fuss free and feminine designs for brides looking for effortless glamour. 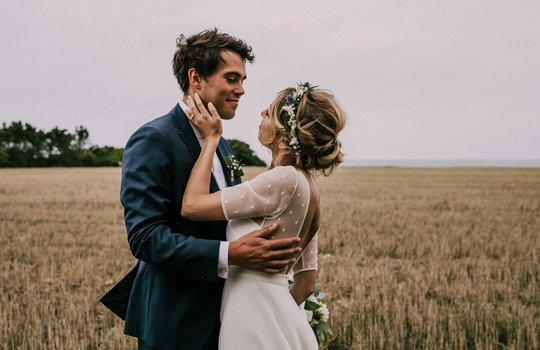 When Francois- Xavier first saw Zoe in the gown he said Zoe looked so beautiful and was very moved!

FX wore a Blandin Delloye suit and a bow tie from Colonel Moutarde. 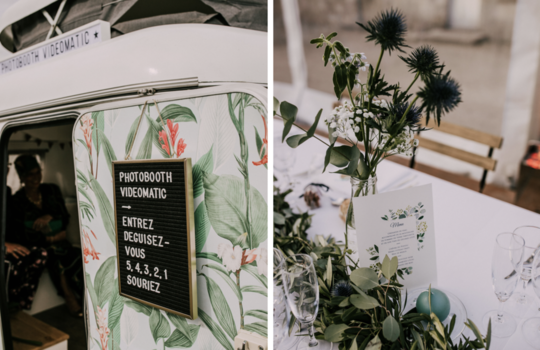 The French are renowned for their love of food so we were excited to hear about this on Zoe and FX's day! Instead of a wedding cake they opted for 3 small and tasty deserts - French macarons, fruit soup and chocolate cake....yummy! 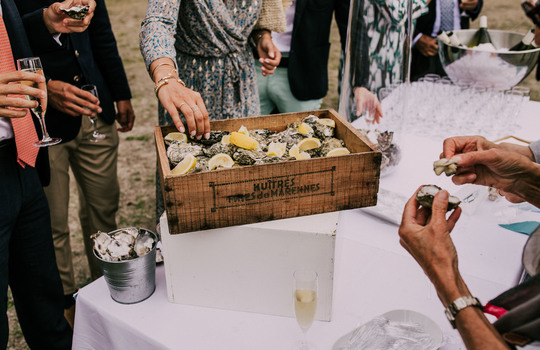 Zoe said, "We went to a tasting session with our parents and chose all dishes together. We chose to have a very long cocktail to skip the appetizer. Then we had vegetables and meat, cheese, and an assortment of 3 deserts. We replaced champagne by a very good Vouvray, we had wine at dinner and make gin tonic during the wedding party". 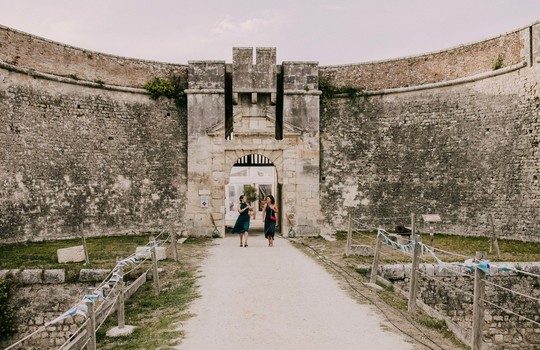 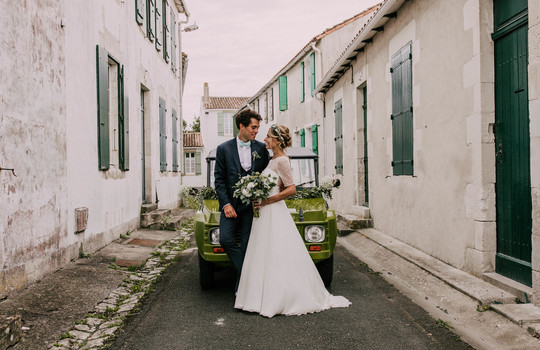 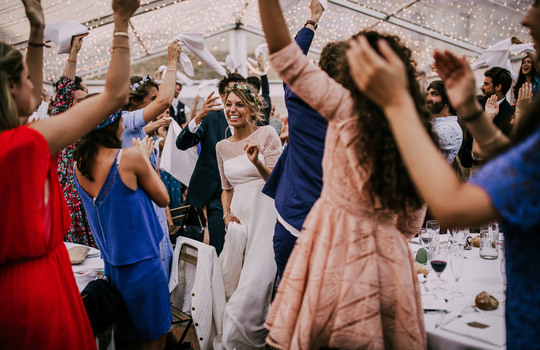 For the reception, Zoe and Francois-Xavier's bridal party provided a lot of entertainment including speeches, animations and dedicated songs!

Their first dance was to a rock version of  Lola’s theme shapeshifters...tres cool! 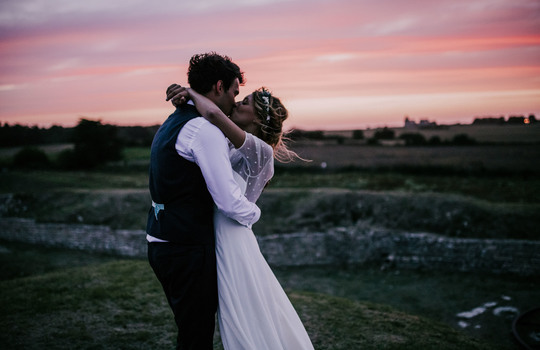 One of Zoe's most memorable moments throughout the day was between the main course and cheese course when their photographer took them up to the top of the Fort to take pictures with the light coming down. Zoe said it was "Magical and timeless".

Thanks for sharing your day with us Zoe and Francois-Xavier! If you would like to be featured, please drop us an email at features@thedresstribe.com

We use necessary cookies to make our site work and to enable you to use our site more easily. We also use analytic cookies to help us to improve our website by collecting and reporting information on how you use it. For more information about our use of Cookies, please see our Cookies Policy. Click ‘I ACCEPT’ to consent to the use of these cookies. You can change your consent choice each time you return to this site.

I accept
I do not accept